A Brief History of the School of Communication Studies

Our school history is one of continuity and change, as our mission has been foundational to the curriculum from the earliest days. Ever since the founding of Southern Illinois College in 1869, we have always had faculty studying communication. The First Annual Catalogue of the Southern Illinois Normal University (1874-75) lists "James H. Brownlee, Teacher of Reading, Elocution, and Phonics" as one of the university's twelve faculty members.  A few years later, President William Shryock (1913-1935) taught courses in elocution as Head of the Department of English. 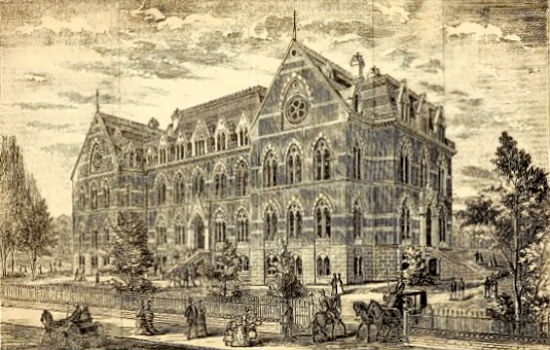 As communication study and dramatics grew as academic disciplines nationally, these programs began to establish themselves as unique departments. At SIU, Dorothy Mangus (1936-1943) is credited with initiating a new Department of Speech, after leaving the Department of English in 1938 to focus her teaching and study on oratory and dramatics. Archibald McLeod (1947-1971), after whom the McLeod Theater is named, joined Mangus to add additional expertise in dramatic performances. In 1946, we officially became the Department of Speech, a name later amended to Speech Communication and then, in 2014, to our incarnation as the Department of Communication Studies. The department began with offering bachelor's degrees, subsequently added the masters degree and in 1959 became one of the first four programs on campus authorized to offer the Ph.D. Over the years the department has been known for a variety of specializations including political communication, rhetoric, interpersonal communication, phenomenology, and in recent years, public relations, debate, and performance studies.

In 1957, Raymond D. Wiley (1957-1976) joined the faculty, bringing his PR experience from the US Army and eventually serving as Director of Public Relations Education. Our award-winning student chapter of the Public Relations Student Society of America bears his name, and the student-run Pyramid Public Relations Agency provides undergraduates valuable experience working with local clients on real-life accounts.

The Saluki Debate program has successfully reinvented itself across the decades, fielding strong teams again and again, whether participating in the Cross Examination Debate Association or the National Parliamentary Debate Association. Our Salukis shattered Parliamentary records, winning both the Tournament of Excellence as well as the National Tournament in 2013 and 2014. Our debaters were ranked number one in the nation during the 2012-13 and 2013-14 seasons.

In 1959, Marion L. Kleinau (1959-1990) was hired as an oral interpretation and communication education scholar. When she arrived, the communication building was still under construction, but she managed to set up a temporary theatre space. Originally titled the Calipre Stage because of the shape of the seating areas around the stage, this theatre would become the first in the country dedicated to the performance of non-dramatic literature. In honor of her work and dedication, when Dr. Kleinau retired, the Calipre Stage was renamed the Marion Kleinau Theatre.

Over the decades, many influential faculty members have contributed to our mission and shaped the direction of the department and the growth and adaptation of its specializations. Several of these individuals have been recognized with scholarships or awards named in their honor. We have been fortunate to recruit and retain talented faculty and students on a consistent basis, and we are proud of our tradition and accomplishments. Our creative and collaborative community has specialized in cutting-edge research and excellent education and training of the next generation of teachers, scholars, and communication practitioners. Current undergraduates can focus on one or more of the following tracks: Intercultural Communication, Interpersonal Communication, Persuasive Communication, Organizational Communication, Performance Studies, and Public Relations. Our department alumni records include over 3,000 names--a list of successful, proud Salukis.

The Department of Speech Communication was one of the very first departments at SIUC to be awarded Ph.D. granting status. To date, we have graduated over 200 Master’s students and 540 Ph.D. students. Our current graduate specializations include Gender, Sexuality and Relational Communication; Intercultural Communication and Pedagogy; Performance Studies; and Rhetoric and Society.

In 1993, pressured by university administration, several of the departments from the College of Communications and Fine Arts were relocated to the College of Liberal Arts. As of this writing in early 2018, discussions are ongoing about further restructuring of colleges, in response to shifting trends in undergraduate enrollment and declining state funding. But we have weathered many storms, including a strike that successfully preserved tenure and shared governance in 2011. The School of Communication Studies remains committed to supporting and nurturing the best from our faculty, our students, and our community. In 2018 we celebrate our 80th anniversary and we hope to continue our work for many years to come.